Sitting down with runner, track star, lover of wine, Mike Fanelli, was more than a conversation about his success as an athlete, but rather, a humbling example of how success lies within consistent effort. Personally living and breathing the mantra “get comfortable being uncomfortable”, Mike embodies the heart of a true champion, coach, and runner and continues to challenge himself each year. Stacking his years of experience, he is stepping up to the starting line again, to celebrate his 50th Anniversary of marathon running. His first began in 1972 – and the road leading from then until now has been nothing short of hard work, dedication, and carefully planned success.

You said that you’ve run 114,000 miles, which is 4 trips around the globe – how do you track all that mileage?

I write in my training log every day. I might have to catch up every couple of days, but it is very detailed – it tells me what distance I ran, how hard I ran, what the times were, the recovery I did, and if there was weight included. And then, it shares a lot of other insights – like “oh that was really crappy for the first two miles” – little fine nuances. I run every single day. It is a discipline. I love going out when I don’t want to go out and doing it anyway. Then you log it into your training book – because your training book doesn’t lie. 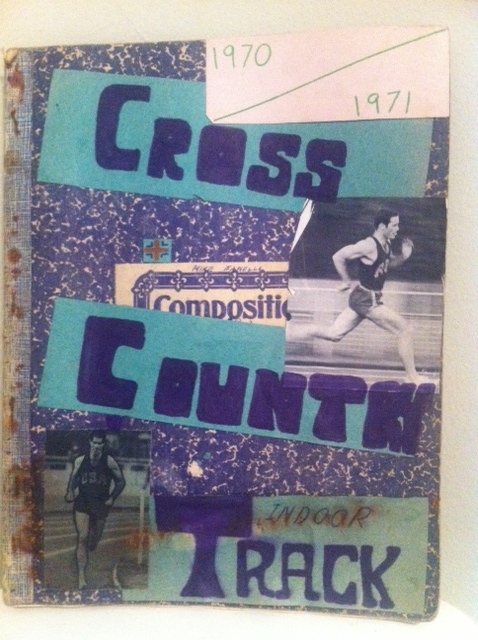 What was the furthest you’ve run at once?

100 Miles. I was trying to qualify to represent the United States in the World Championships. And so, my 100 miles was actually on a track – and it was 38 degrees and pouring rain. I knew if I ran fast enough, I would be selected. I ran my 100 miles in 16 hours and 40 minutes. At that point, it was the fastest time in the United States. And so, I did get selected to the US National Team.

Did you compete in the Olympics?

During that time, I was in my 30s and had already been running for a period time and having substantial foot issues from running track.
It didn’t make sense for me to take the spot, and take that spot from someone else, with my injury. So, I gave it up, and it just killed me – being it my first time being selected for the US National Team.  However, it must have been karma because months later, I was selected for the US National Team as a coach and got to represent the US internationally. In the years, 1992, 1996 and 2000, we competed in Japan twice and Korea once. One of the runners that I coached was Joan Benoit Samuelson – the first female Olympic winner of the marathon. 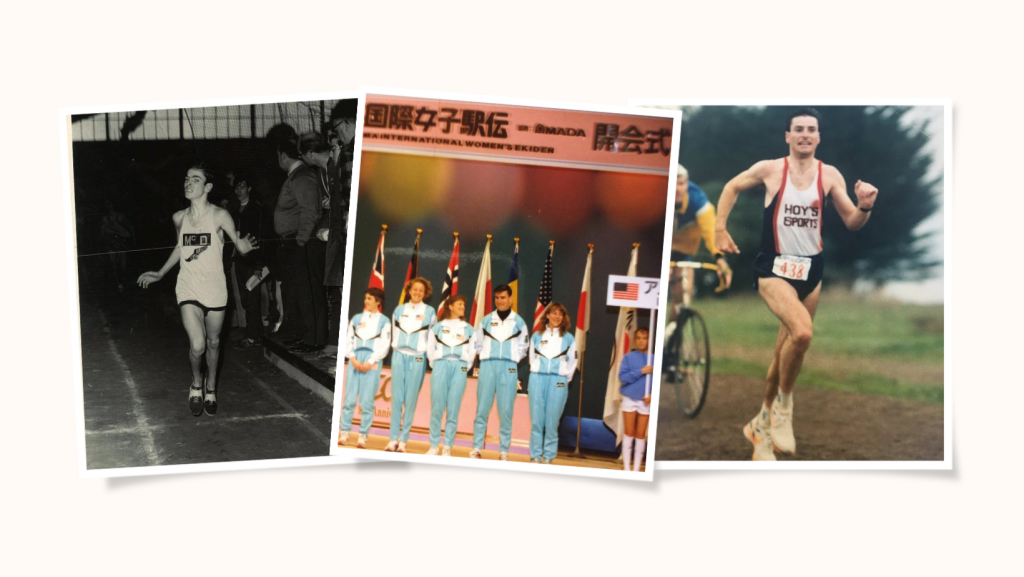 How have you evolved as a runner throughout the years?

These days my primary emphasis is on shorter distances. My favorite race is the 800 meters. While I maintain my distance background – I have no business running marathons anymore, my body is just not cut out to do that. Actually, this next race will mean I’ve run marathons in my teens, twenties, thirties, forties, fifties and sixties, and well, that’s not natural.

As you reflect your races, what was your best and worse marathon?

Interestingly – one of my most disappointing marathons was also my fastest marathon. I ran it in 2 hours and 25 minutes – a 5-and-a-half-minute mile pace. A time that would likely win the Santa Rosa Marathon. But, I was trying to run 2 hours 23 min to qualify for the Olympic Trials. So, I did not qualify

My most joyous marathon was in 1988, 16 years after running my first marathon – I won one.  It was the San Francisco Pacific Rim Marathon. I actually went from never winning a marathon to winning the next 3 out of my next 4 marathons. 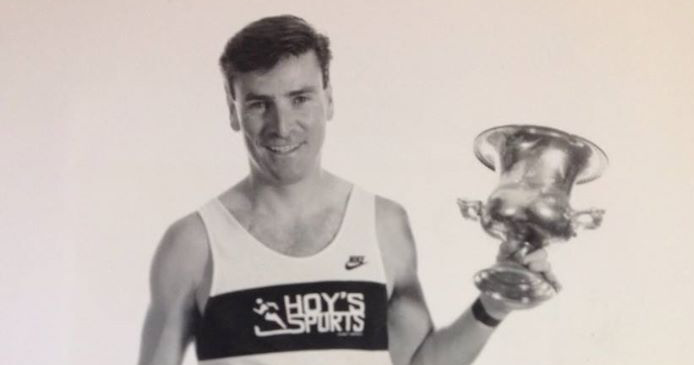 Why did you pick the Santa Rosa Marathon for this 50th anniversary?

I wanted to keep it more down home. I ran my 40th anniversary race in the same place I ran my first, in Philadelphia. I’ve never run the Santa Rosa Marathon. However, it has a reputation that, I know, is extraordinary well organized, the course is fantastic, and they really know what they are doing. So, it made sense to keep it at home.  On the Santa Rosa course, there are no shocking uphills and downhills – so a good steady easy grade is nice, it is out and back, it is pretty, and it has a wine component to it – what more could a guy ask for?

Do you have a goal for time for the Santa Rosa Marathon?

I am interested in the accomplishment, not in being competitive – but I do have an end time in my mind. My thought is 4 hours and 26 mins.

What is your running plan after the race?

This is probably my last marathon, I don’t know I can get another hall pass. I will be 66 at that marathon and I want to compete in the world master track and field championships at age 70.

Do you have any advice to give to other marathon runners?

There is a quote that I wrote many years ago: When it comes to a marathon –I suggest breaking the race into thirds. Run the first part with your head, the middle part with your personality, and the final third, with your heart. I will be using this approach in the Santa Rosa race.

Mike Fanelli’s running career is an evolution of running that continues to shift and change, a relationship between wins and losses that have compounded to make his running story, one for the ages.  Going into his races, whether it is on the track or marathons, he says he “gets to do this”, instead of the daunting thought, “I have to do this”. Heading into his 50th year of marathon running, he gets to encourage other runners that endurance doesn’t just last until the end of the race, but decades. We will see you out on the course, Mike